A Rapper From Miami,Florida (Dade County) 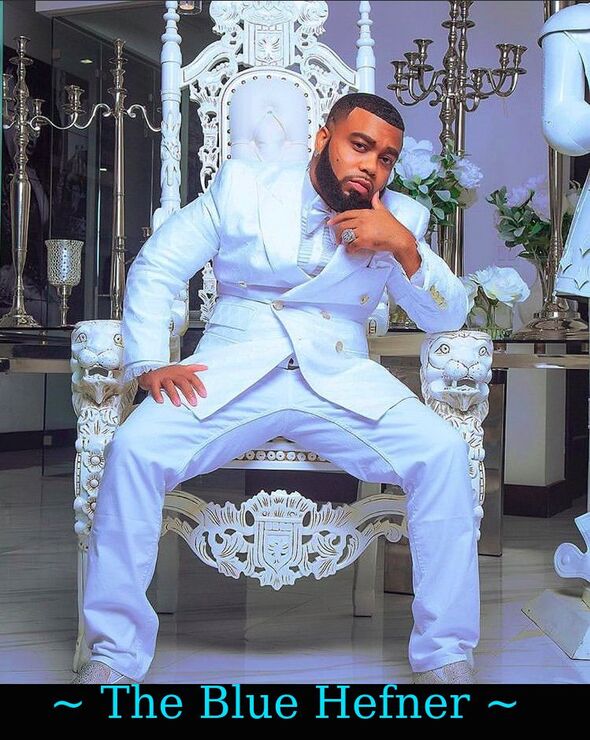 There comes a time when you must recognize your talents to fight for yourself and dreams from a different perspective. Many of us carry baggage from the past that hinders our ability to fight for the things we truly want in life, our goals, our dreams, and happiness.

Creatively it has become his mission to be a powerful and passionate example of the unlimited opportunities that are available for anyone that commits their life to mastery while embracing strategies and ideas that can truly make a difference in every area of his life.

Growing up in Miami Dade County in the surrounding area of Carol City, life was no walk in the park but was the perfect verse over a tight beat creating a love language that only music could translate. Born Diamond “Blue” Smith was only the beginning of him mastering the art of understanding the difference between a boy and a man that only measured his potential at an early age not knowing that at some point he would become more than a man but a king.

He was born Royalty without a kingdom to call his own but deeply believed that his life was a journey often difficult because it came without instructions.

The Dream Is Free & The Hustle Is Sold Separately.

At the tender age of 14, he was well equipped to tap into his hidden talents and gifts while allowing them to blossom. Music was a part of his bloodline with nowhere to escape but to embrace the beat of his own drum that was deeply rooted in the house starting with his love for hip hop and the lyrics that captured his focus. He made a commitment “The Dream is Free! The Hustle is sold separately”.

Self-taught with the leadership behind some of the greatest known producers during that time helped to mold his ability to further create. Learning how to write, engineer and produce helped him to establish his unique sound that couldn’t be duplicated. With the teachings from the chart topping songwriter “Static Major” and mentor ship from American Record producer Jim Jonsin. This gave him the push and motivation that formed his passion and ultimately revealed his true calling behind the music.

Music has always been his medicine growing up listening to his older brother rap sparked a flame that reminded him of his musical influences. Such as Twista, Tupac Shakur, Snoop Dogg, and Bone Thugs N Harmony. Being submerged in hip hop during the “Hype Williams” era that leads him toward writing his first rap without structure but a definite game plan toward planting his first seed in the industry.

The qualities that he possessed learning the ends and outs on not just making music but creating a lane of his own while revisiting the evolution of real music from the likes of listening to 90s R&B/ Hip-Hop. A question was asked, “How would you describe your sound now as a more seasoned artist”? Without any hesitation “I would consider myself the 2020 version of Twista”.

While cooking up his own recipe he discovered a way to revolutionize is own music. Blue went on to describe his musical thinking process."The booming bass, combined with harmony that gives the music texture along with high pitched raps. These make the perfect tone to cut through the low end of the 808,  a perfect tempo on a slow r&b track". Tailoring towards  greats like Jodeci, Timbaland, and Aaliyah. Blue was musically driven off fast lyrics mixed with the melody’s blending the perfect pitch bringing it all together.

Which his recipe is addicting leaving you with little sprinkles of the essence that would tickle your face while hitting your left and right eardrums. Bringing back that feel-good music that painted the image of his new wave of music “All Gas No Breaks” leaving nothing on the table, breaking barriers, and showcasing diversity with his high pitch rap tempo.

As he progressed, he realized how blessed he was becoming an owner of a record label called “Blue Star Records” already knowing the ropes and having the background in the music game.
However, the beauty of it all is that now with his music he will be able to fill in the missing pieces and show his true appreciation and love of music in multiple waves with flare putting his own twist on it and rebirth his love language that he now speaks more fluently since wordplay is the best foreplay.
Baby Blue Whoaaaa takes pride in making masterpieces out of his soon to come records speaking to the masses to stimulate and enhance the vibes of his female and male fans.

Simply because now as he has been reborn again his boyish ways has transitioned into his manhood and his new approach is to embody personal experience with passion and purpose and I quote from his newly unreleased single “Satisfied featuring Jacquees”, “Ima let every hoe go then-wife you like Will and Jada that’s the plan". Providing you with sexual encounters Ladies Blue is making music that is preparing you all to desire to be in a relationship that makes you feel like 90s R&B.

I know the question now is Why the Art of Noise? He replied “ Because your very artistic, poetic and your making timeless work and with everything I do I don’t like to micro-manage people. I love having creative people surrounding me. I observe everyone work together and embrace what they have to bring to the table, and I’m truly blessed to be able to see the beauty, strength, and value in it and if this is your gift I want you to be a part of the conversation.

It would be more relevant and even more powerful because it’s occurring everywhere. I love to make masterpieces and I know your about to create one. “A masterpiece of minimalism that will hold more value than any amount of money. I want to be the first to reintroduce to you Baby Blue Whoaaaa Welcome to The Art of Noise Family.
New BABY BLUE WHOAAAA OUT NOW