Ky'Era
"She is Her Own Genre"
"Theres no telling what she might to do next."​ 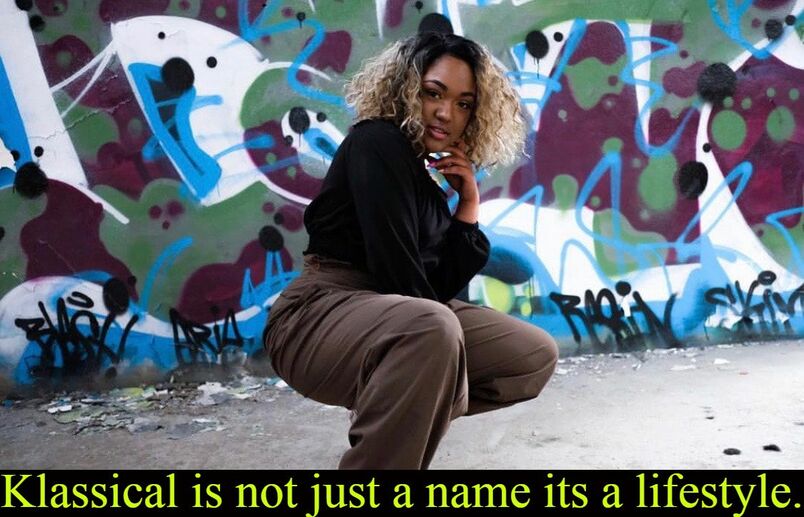 The "Voice Of A Woman" biography is based on Ky'era also known as Klassical.

She was born in Dothan Alabama.

Klassical is apart of group with her brother called SZIV.

Klassical performed in over 8 shows by the time she was 18.

Mute the background music before watching the video by clicking  the "stop button" below.

"The Forbidden Fruit Of Music" 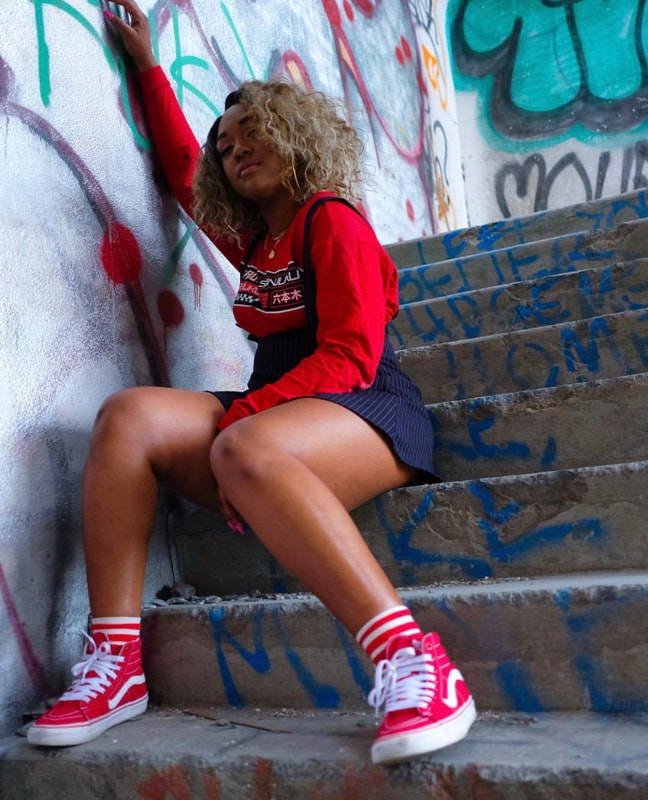 The Sound Of A Young Girl

​The forbidden fruit of music, knowledge, and being able to master the taste of what she desires as an artist helped her to completely understand her true calling. While gaining more and more confidence made it easier to expose herself raw and uncut. Revealing her nakedness without the fear of hiding from her truths that live within her lyrics. Self-reflecting has been a huge impact on her own individuality and growth which is very important for her to know exactly why she is doing what she loves. Embracing her gifts and talents learning that she is making ageless music with every note leaving it all in the studio and on every track.

As she writes, creates, and records, she has begun acknowledging and accepting that her music is more about her being at peace. Creating her own brand and for that reason alone she has made a conscious decision for that to become apart of her everyday life. Showcasing the love and passion she has for her unique and creative style pouring it into her music while also wanting to make people feel as good as she does.
​
Now watching and listening to the sound of the young girl she once knew helped with transitioning her as a person an artist into the woman she was set out to be. As an artist, it can be challenging but being able to balance it all and still being herself has made her journey look effortless. Pushing and setting goals that she knew wouldn't always be easy to reach. Teaching herself along the way that everything she ever wanted has always been a part of her DNA shaping her into whom she has become. With patience, dedication, and God seeing that nothing was impossible 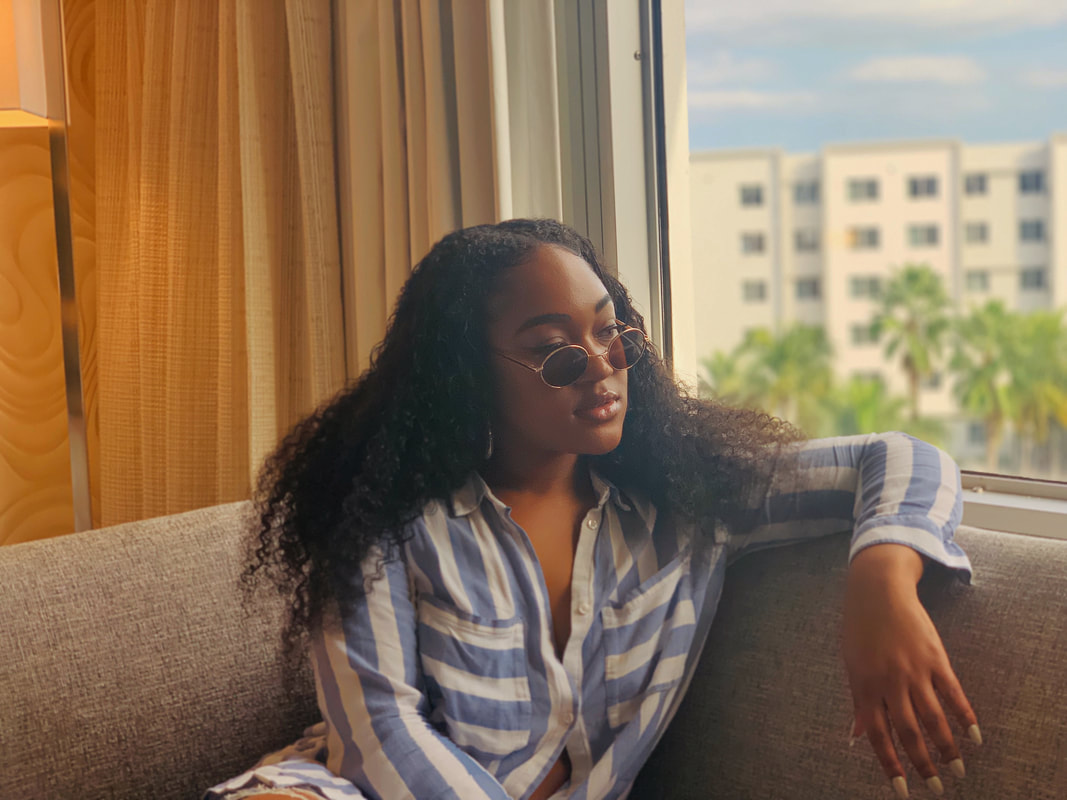 ​Enduring some challenging moments where her mind would play tricks on her saying "why  even bother?" " why go through all this?" "this is too hard!" " no throw in the towel!" " its not worth it!". She overpowered her self doubt,  being raised in the church  watching and listening to the choir she once sang in motivated her. It helped her to see why she deserved every bit of her dreams that were coming to life and the meaning and value it would bring.

It was her rod and her staff to comfort her during those challenging moments because she knew she'd face them but not alone. Life tried to knock her down between the eyes of her dreams and out of know where things she couldn't anticipate  knocked the wind out of her. In those moments she wanted to give it up but that wasn't an option for the singer.

Listening in as the choir would sing she received her confirmation as she saw with her very own eyes the praise and appreciation people felt when the choir would sing. Their reactions rewarded her inner fighter to develop a technical mastering. To become the best at what she does wanting to perfect herself on another level but this which came with acceptance of the voice she kept silent.

Motivating her self with power, feeling, and conviction building herself up day in and day out came with more than just clarity. It also came with dealing with the pressures of growing up as a pastors daughter being placed on a pedestal having to deal with guilt of whether she'd become complacent. To settle or learn from the environment she grew up in using it as an outlet to find her place. Being humble and having the courage to step  out on faith with no regrets. Music became apart of her transition even  in the darkest moments which she found to be therapeutic. She completely fell in love with the energy and connections that created a strong foundation to find the positive in everything. She took that  power back using that same energy for what she would put out into the world knowing what would come back to her. I quote " He who has no power has no control". Growing up a small country girl she knew that everyone needed faith and so she wanted to carry that lifestyle by keeping it "Klassical".

Introduced to music in the church understanding earlier on that the  pastors make storytelling timeless in every situation. While being in that environment taught her faith,  she knew that she had to walk by faith and not by sight. 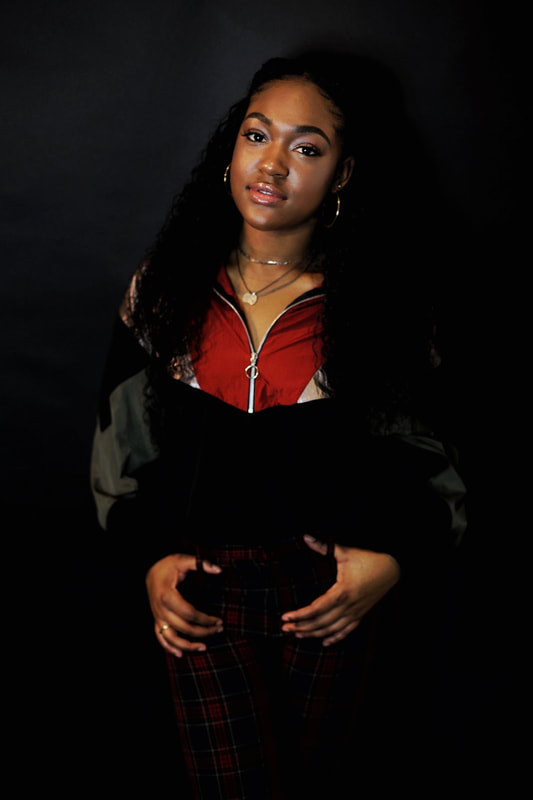 "Stay True to Yourself"

Born in Dothan Alabama where some would say that it was considered a biblical city but now we all can see it as a place where a star was born. With support from her parents she was introduced to music by a producer and mentor named Boowie. She met Boowie through her church and her dad hired him as the musician. In there time together, Boowie introduced her to music business and  recording. With his extreme passion and creativeness, it transferred toward her passion,  lighting the fire under her which helped her to deep dive and completely learn the fundamentals of music.  Studying the art of her own love language while connecting the dots that filled any and every void she could have imagined.

By the age of 18 she had performed in over 8 showcases on South Beach Miami. Molding her craft and leaving a trail that others could soon follow in her footsteps being a lover of all people especially women. Still having the fear in her mind of not wanting to mix both worldly music and Godly music. Her style was very transparent for the type of crowds that would soon hear her sing on many different platforms. Emerging slowly into the music scene full time, she made her first song called " They Ain't You" singing about God which started the journey of no return for KY'ERA.

Even her name as an Artist was making a bold statement because sometimes staying true to yourself can cause a difference in opinions but it was the only way she knew how to be. With a hidden agenda with no escape because she was a household name with supporters who were able to quote her lyrics in minutes. She wants to have that feeling for the rest of her life and career.
​
It was always in the back of her mind how she felt obligated on her choices, how it would look if she didn't come to church. She carried that pressure on herself building up her courage and stamping her own approval because ultimately God knew her heart. However, she will and always has been determined to continue to move forward on her " Hustle and Flow vibes" by any means necessary with absolutely no hesitation. 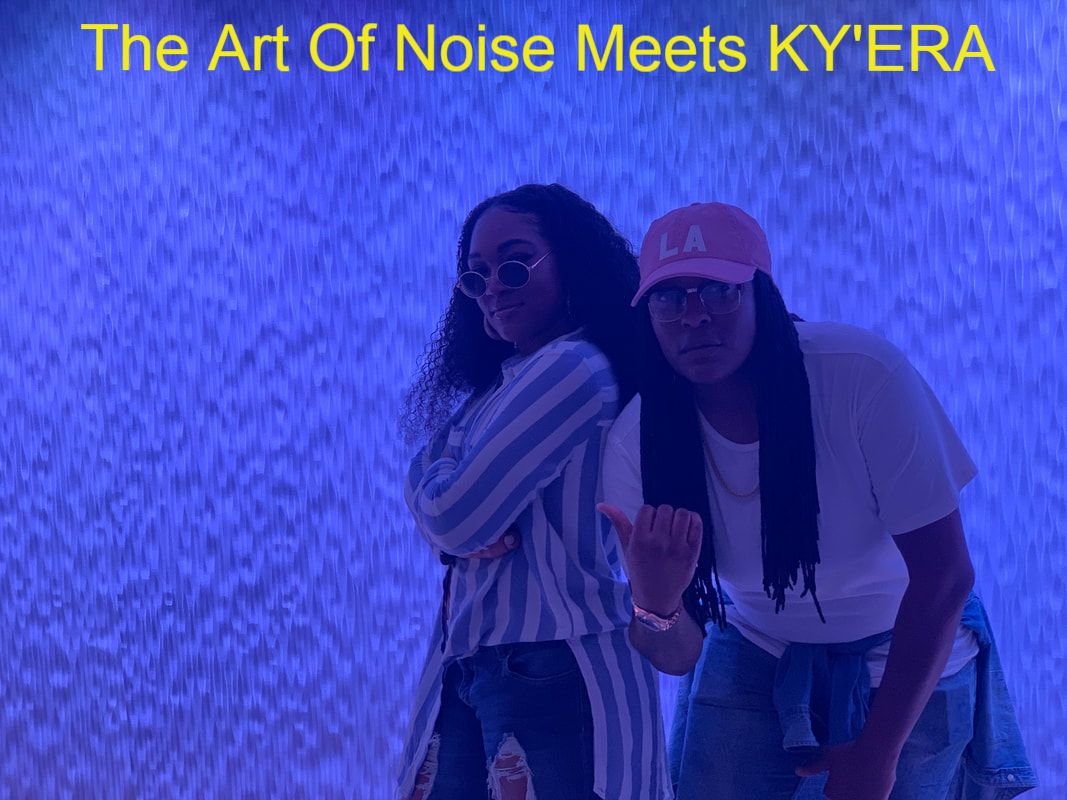 As she began to evolve and become even more powerful within her voice there were stumbling blocks that she knew she'd have to face. Based on the appearance of her skin not being light enough but her music was its own texture you could just hear her voice and strength and that overpowered any distractions. As an independent artist, her job was solely to customize her own texture where there was no requirements but just raw and authentic talent that the world would see on her own terms. The only contracts she was signing was her own and that was to sing with a purpose show the world that she was invincible, too powerful to be defeated.
​
So  I'm sure you're wondering Why The Art Of Noise her answer was simple."Its all above creativity, passion, and timing. I am also finally being at a place where I'm taking my craft seriously and I'm putting out the same energy.Being serious and passionate about my craft so I feel like The Art Of Noise just came at the right time like anybody could have come, but The Art  Of Noise I knew was right because we have the same vision. That's the topic of the day being truthful and being honest living your reality and not being influenced by the world around you. Everything happens for a reason and whatever happens from this is a blessing. I've felt the love from The Art Of Noise from the beginning.". I'd like to be the first to Welcome Ms. KY'ERA to The Art Of Noise Family.
​
​
Loved this article? click here to have your story heard today! 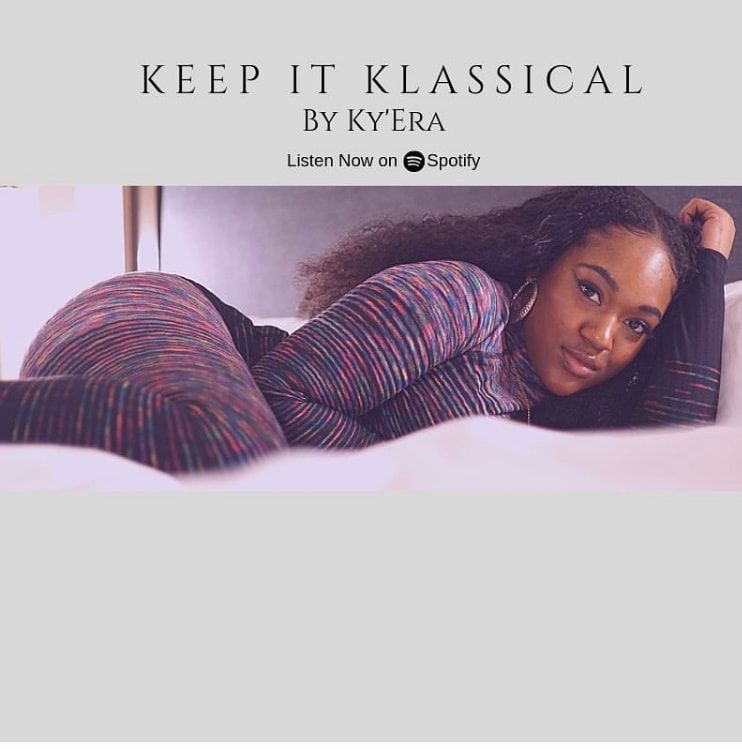