An Artist Of Focus, Understanding, & Passion 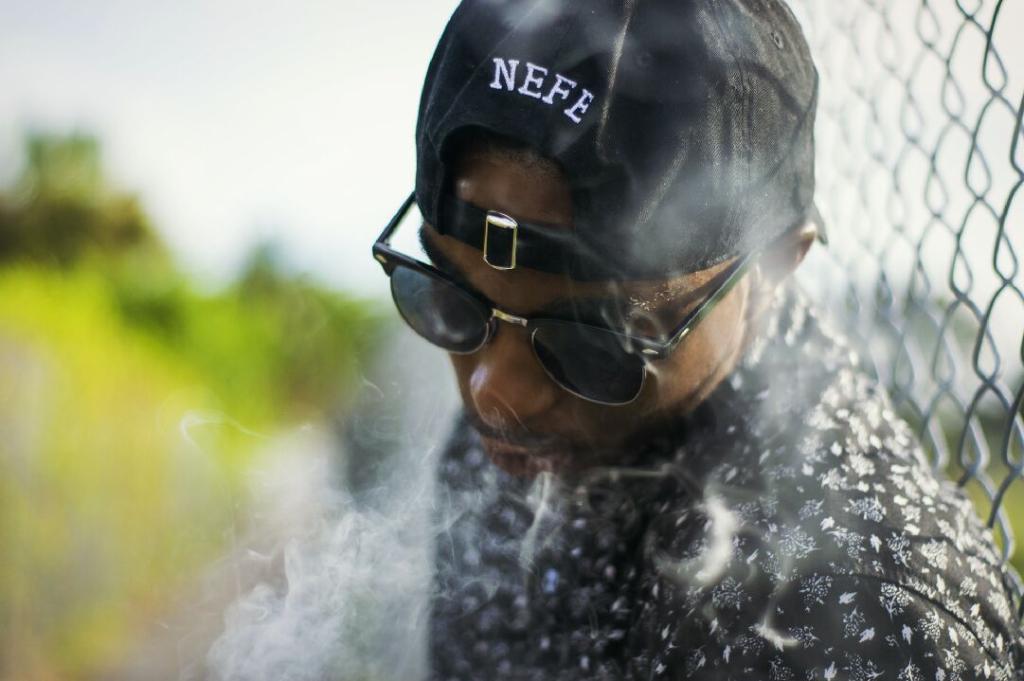 He who is not in the will of God should seek answers by the power of faith, not by sight. Especially one who understands the details, technique, or principles of an art. A person like this is  acting as a critical judge while making music that holds value. While staying  focused on his truth and what matters. He is still aware that not everyone focuses to understand but focuses for the attention of being identified and accepted.

Coming from a Haitian background that is still recovering from a life full of earthquakes. Music has always been his only escape for changing the climate he lived in trying to make everything new again. Born and raised in long island New York, Nefe was forced into a world he knew he didn't belong in. Seeing things that he wasn't meant to see and exposing him to things he wasn't meant to do. Ultimately he decided within himself that  it was necessary to become a man  in a boys body. Being a carbon copy of his environment and still going with the flow of life in the city he called home.

​    Adapting to what looked and seemed to be normal took him down a dark road. With no pulse feeling lifeless and trapped within his own creativity. Shielding him from who he really wanted to be simply because his heart was somewhere else. Introduced to music at the tender age of 6, watching his father play in bands throughout the inner city of New York was refreshing. Seeing how the presence of music was a form of  medicine to not just those who made it but to those who could relate to the sound, instruments, and lyrics behind each and every song. For Nefe it symbolized a sign of healing which made his dream clearer and worth seeking. 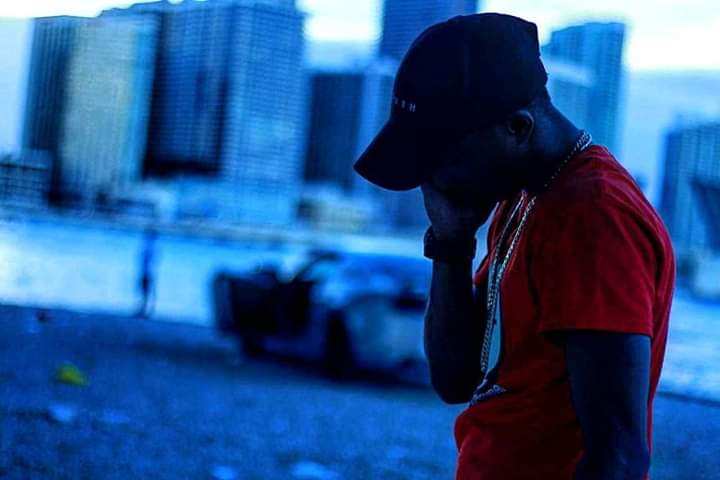 ~Know yourself Know Your Strength~

His daredevil instincts lead him down different crossroads that he indulged in. He was raised by a young parent and Nefe believed there was only one path he could follow. This is what met Nefe's eyes only the things that were standing right in front of him never being able to find a way out. He faced a lot of disappointments that came along with false promises that caused a lot of confusion that rapidly needed to change. But that wasn’t a vision he could truly connect with, every time good things would happen he’d get knocked down 10 times harder.

Countless nights where he had thoughts of not being good enough because the people around him were a constant reminder to him that it wasn’t his time. Dealing with a lot of self-doubt and rejection made him believe that maybe there was no place for him in the creative world. Nefe stated “ back then it was so easy to doubt myself  but not easy to take myself out of doubt”. What made him stop was the influence of the streets he grew up in. Those same bad influences that wanted to see him do great things wanted the change of lifestyle for him more than he thought he wanted for himself. Which lit a fire in him that stood taller than his own shadow. No longer hiding within himself but identifying the strength that he carried which was more demanding and powerful than he ever thought it could be.

​      Channeling his inner emotions into his music was a representation of his anger, loneliness, and emptiness that he endured this made his music believable and realistic. He lived in the lyrics of his music as he continued to use it as a form of release. He knew that it was a priority to work on himself continuously and never become satisfied with himself. Knowing that if he invested the effort and time he would always see great results. Knowing and understanding, that it is the greatest ability a human being could have above the animal people perceived him to be. For those who didn’t know him wanted to place him in a category that he didn't belong in. 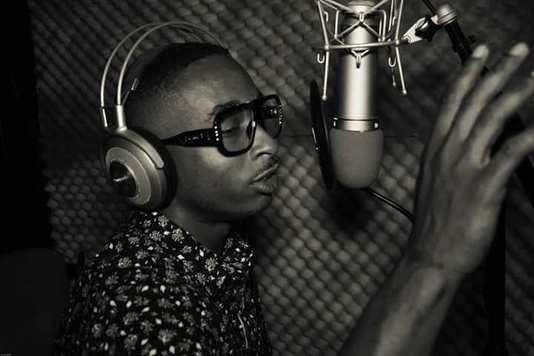 ~ Preparing The Next Generation ~

So the question is Who is Hakim(“ Nefe” Estime )? The answer is simple a lover of music, family, and loyalty. He is the person that you’d always love to have around, there is a magic around him that overshadows any negativity. Everyone has a past but there was no harm in his character only what people didn't know and to be honest you’d have to be around him to know him in depth. You come to understand that no one that he loves would ever be left without and that he’d always be there near or far. Moving from New York to Miami Florida was more than a change of scenery, it made him feel very diverse and transparent. The move quickly taught him how to adapt and adjust to this new lifestyle in every way.

Even though there was still more building to do, as he got older getting in  trouble with the law obstacles became apart of his old identify formerly known as “ Modesty”. He was still a man in a boys body but now knowing how to stand on his own without any handouts or expectations. Preparing himself for the pros and the cons to see everything unfold and to be able to see the benefits of his mysterious yet challenging life choices. Noticing how all of the things that he had done was starting to come full circle but was hindering him, yet again getting in his own way but at the same time helped to make life easier to deal with. He considered his life at this point very abnormal bouncing between New York and Florida and having to be transparent showed in his music.


Often times he’d recall having dejavu where he saw his own life before his own eyes seeing that he was built to be a leader... but a leader of what? Then he finally started to understand that his life was just beginning, he took the wrong turn one last time. This also was a turning point for his mother they had grown up together and she started to truly acknowledge him. Finally allowing herself to see that most of her decisions were spreading him thin she quickly knew that the  roles had to be reversed.


​   She took accountability for the flaws in which others saw in him and redirected them towards herself learning that as a mother her head space wasn't focused on during his early life. She started to recognize immediately what he was going through which helped her to slow down the pace and start living for him. That turned her into the woman and mother  she is today because now she has two additional young men which are Nefe's brothers. She made an intimate promise to herself that no matter what she’d keep  pushing them harder and he wanted to do any and everything to avoid them from going down the same roads. 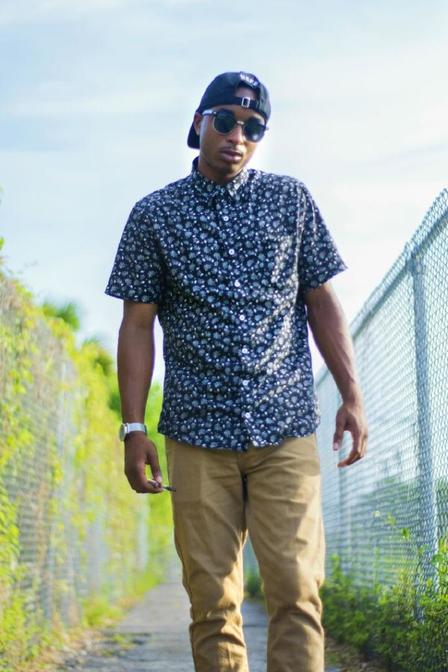 Growing up with no stability taking everything as they came because he never really had a place to call home. Nefe found the home he was looking for within his music. Nefe the artist turned a new leaf having his mindset in a more positive place. With the redesign of his new lifestyle and platform, he chose to embrace his life with two young men and a baby girl that is on the way. Being inconsistent was not apart of his agenda, it cant be part of the agenda.

Now at 26 Nefe is the true definition of what it means when people say “ You’ve never truly been up until you’ve been down”. It's not always about how we start but how we finish his old environment wanted to claim him. It took  him to change the pace at which he was living to slow down but by then he was already living in the shackles of his past decisions. Nefe is making a better future and he is a firm believer now more than ever that “ things happen for a reason”. Life comes with basic instructions before we leave earth there was no more time for excuses but time to make the music. He always wanted things he could see as well as the things he couldn't. “He who believes in miracles believes all things are possible and change is inevitable" .

Currently residing in Boston Massachusetts he is now a self-made boss and is someone who can handle business and never fold under pressure. Nefe can definitely separate business life from personal life. Nefe is a force to be reckoned with, he's a musical genius and his motto is simple. “Take me how I am because at this point in my life its either you like me or you don't". He is more independent now than ever and he has deemed his music as timeless. His dedication to himself is to make classic music.Letting it be heard and known that no matter what his music will always be a reminder of where he came from and where he is going. So in years to come his legacy will always and forever be known. As he quoted finally “life is like a game of chess every move you make is a calculated step, one wrong move that you make your gonna pay for it one way or another just not again in this lifetime at least”.

So I guess you're wondering Why The Art Of Noise? He replied stating “ I know your going to be able to show people what they don't see when it comes to me. Not a lot of people have gotten this opportunity to know the real me or this side of Nefe. Here I am ready to take on the world. Introduced to The Art Of Noise from No Problem Management I’d like to reintroduce you to Nefe welcome to the family.
​
Follow Nefe On Twitter
Follow Nefe On Instagram
Listen To Nefe On Sound Cloud
HAVE YOUR very own Unique story written TODAY.
__ART IS LIKE NOISE WHAT SOUND DO YOU MAKE?
Promoto your music or art today!