The Journey Of A Gem 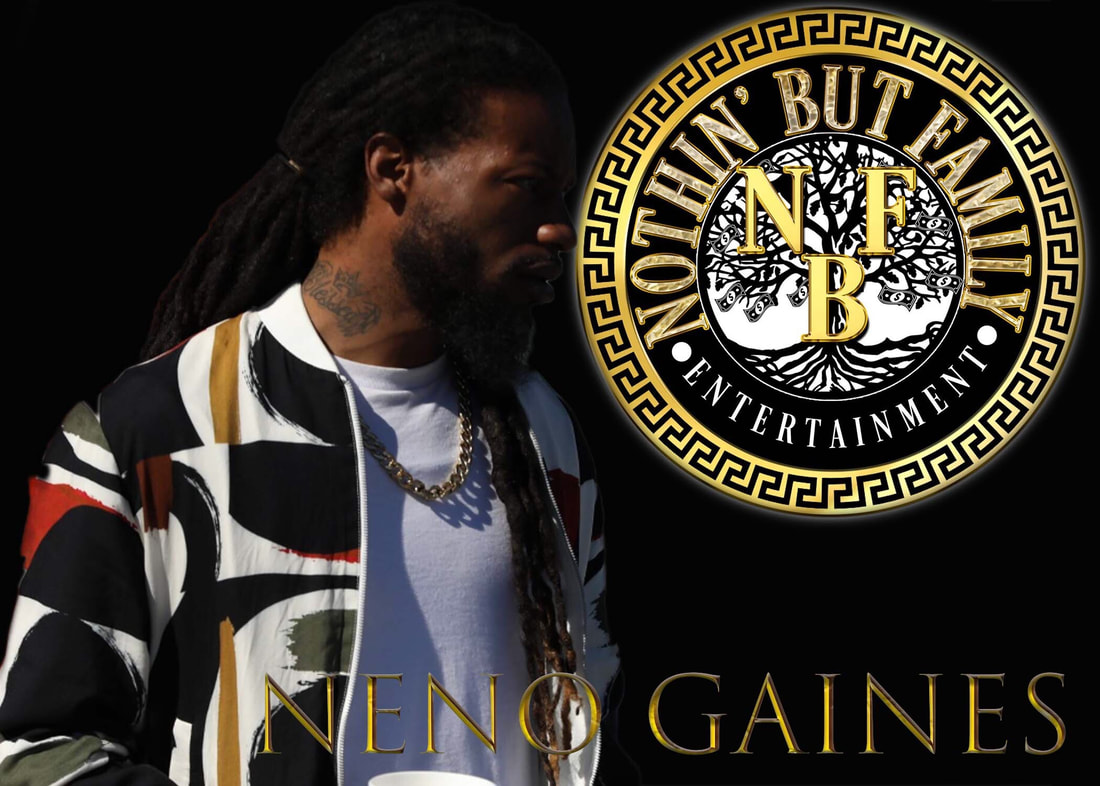 Neno Gaines has planted little seeds of fire that he used to translate into a love language that will forever be planted into our minds as soon as you hear and feel the melody of his sound as soon as the beat drops. He is a world figure when it comes to living in his truths from a perspective that has increased his desire to create and reform his craft. He learned at an early age that if he wanted to grow and develop himself he had to embrace the lessons of what it would take for him to become the best at what he would bring musically.

Also toward who he’d become as an artist even if that meant he’d have to fail, again and again. Born and raised in Miami Florida,  he knew there was more than what meets the eye but only he knew what was right in front of him because his tunnel vision became inaccessible because having access to his energy was a privilege. He was born with music in his DNA in which his dream was given to him before he knew the works of the world and what to expect.

Born in the trenches only helped to mold and set his foundation to have the ability to believe that he possessed basic goodness, which was the recipe for the greatness he ultimately wanted to achieve with no agenda. Born Reginald Gaines on November 12th was just him making a grand entrance which the world was definitely in for a treat because he came in with a to-do list and it truly was the day a King was born. At the tender age of 11 years old is when he became unstoppable once his pen hit the surface of a notebook he was in a zone writing his first couple of songs that would later turn into him writing letters to his older self. With having the influences from his cousin Jonathan Rollings and his sister “Lyriq Tye” they pushed him even more by adding more fuel to his fire, encouraging him to write his own story. 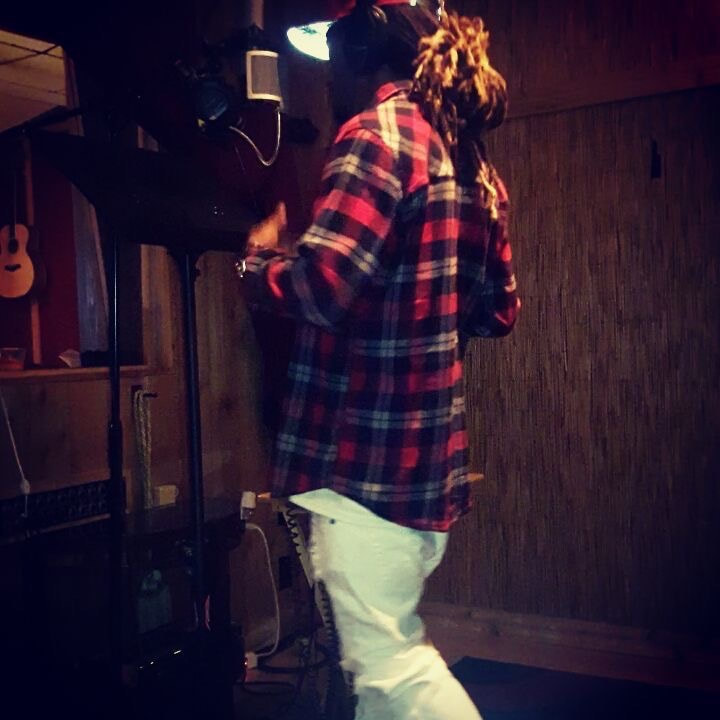 The Birth Of Neno's World

Listening to his cousin rap he found different ways to use his words to express what was inside of his head, not even close to what was in his notebook. Entering into different studios and being completely exposed made him feel right at home and showed him new levels of creative desires that he had yet to experience. He knew that it was just a matter of time that he’d be in his own space because his music was the only rhythm that made his heart want to seek more towards the love for his art. The sounds he had already created only made the booth a second home that he was using to build and house his music on his terms. By the age of 17 years old Neno started to create a new lane for himself by building his studio and at that very moment he knew he was unstoppable and the only way he wasn’t going to elevate was if he stopped investing in himself. Once he reached 19 years old he released his first song “ Feeling Mutual” which was the turning point for him gaining the stamp of approval from everyone. That reached the attention of “ Throw it on the wall” at 22 years old being signed for the very first time for 2 years, however still learning and understanding what was good for him and what wasn’t. During the growing pains of what the music world showed him, he took a step back to reevaluate the setbacks and set out to plan for an effortless comeback that would only solidify his worth and the value he knew his music carried. Life also hit when the law was involved but it was just another lesson that showed him exactly who he wanted to be even more than before. His outpouring love for music still overflowed his cup so his absence from music wasn’t a break but his breakthrough. His focus is what set him apart from many artists because he had someone that was now watching him so he knew every move that was to be made had to be surrounded by his family to ensure they were secure by any means necessary because it was no longer just about Neno. His focus shifted at the age of 23 bringing a daughter into this world and for him, it was nothing but family and that was the only mindset that would spark more flames that were unmatched. While being introduced to more artists and getting advice he took to hustling to maintain his family and take on the role and responsibilities of being the man of the house not just claiming to be it but to live up to that standard and provide. He knew he could still have it all with his focus so he stepped outside of Miami hitting the road traveling state to state to create and build relationships from California and Georgia.

During his travels, he went back home to the booth and started his independent label in 2020 “NBF” and signed himself with the help of self transitioning into the man with will power living like it no tomorrow. There was no more asking other people for help and knocking down doors not willing to be open so while on this journey he had a flashback in time more like a reality check that only he could cash.Working in the game of music for over 10 years he was headed toward rebuilding and rebranding one brick at a time now that he’d seen all he needed to see so struggle was no longer an option. The no’s yes’s and the disappointments helped him to navigate on his own to do what worked for him unapologetically. He birthed his latest single titled “ Hustle” headed back to Miami the land of opportunities and his stomping grounds which helped to groom his new foundation leading up to a blueprint that he once never lived by but to reflect on. His musical influences from 2Pac, Lil Wayne, Jay Z, and Biggie tailored his way of thinking simply because it wasn’t just about the music. The game overall and the attitude of how as an artist he couldn't be silenced and that he could be and do what he wanted to do with no rules that could be broken since he’s made his rule book with all the plays that couldn't be duplicated.


Music alone has and will always be the biggest pillar that would determine what type of Hip-Hop Artist/ Songwriter/ Artist he had become to bring his reality to life and leave it all on the track. Music is medicine and now he can heal not only himself but anyone who can relate to his story since he is alive to tell it and own it and spread through the artist he’s come in contact with whether near or far in masses. The doors that were once closed are now suddenly opening up. He chose to say yes to himself waking up to the sound of music every day and that's what he fell in love with more than the dream. Now Replicating His D.N.A in a league of his own and him being the main character in his movie (Neno’s World) creating a different texture that was raw and uncut. Not for the weak but for the solid artist. Who was not afraid to be apart of the change in music on their terms with no-one in between. Now he’s creating anthems because being a one-dimensional artist does not exist in his genes. 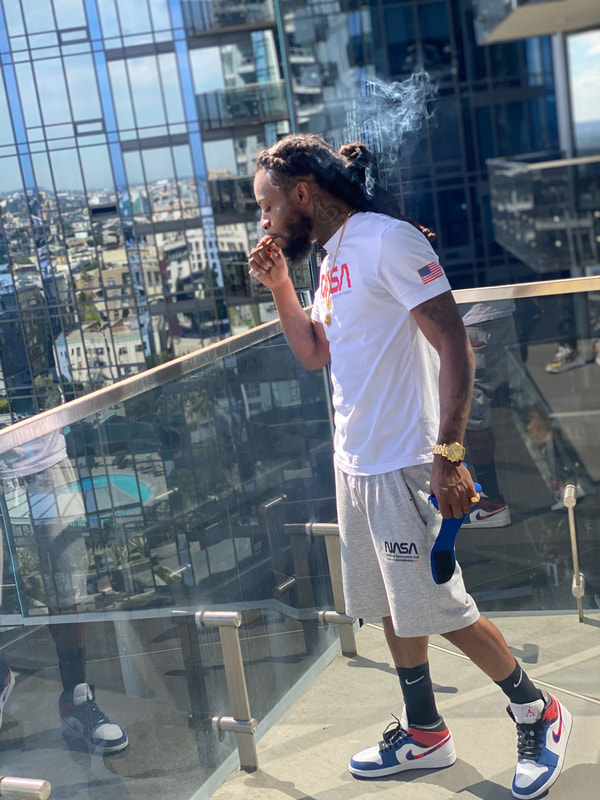 The Birth Of Neno's World

The beat speaks to him and he wouldn’t have it any other way simply because it creates his mood and topic at the moment which is timeless music. Now a father of three moldings himself was more prominent than ever being able to watch his children see him living the better version of his life which changed his catalog for the best grade A of music and content. One thing is for certain his children will always know who he is as a father and an artist knowing that some will say good things about him and some will say bad things but in his words.” They will know my truths and they are my biggest supporters and that's bigger than rap”.  He has some unreleased songs titled “K.I.M” was also one of the biggest songs during his journey it's a story that nobody ever heard out loud which isn't uncommon because a lot artist has chapters in their life that they can’t read out loud but Neno has broke narrative time and time again. There is no room to expose an artist that walks and lives in his truths because he chose a long time ago to only speak the truth that how authentic his artistry is. As a man unlike others like him being submerged in the trenches growing up he wanted something different. In his words “

You have people that live in the streets that don't wanna get out, but wanting to get out of the streets chose me. I didn't choose it. But I didn't want to be institutionalized. I saw the bigger picture and it could only get bigger if I was a part of it”. Paving the way for himself while leveling up like a boss without owing anyone anything makes his codes to his music invisible to the ones on the outside not having access to calculate his steps and what would be next for Neno. He doesn't have a map nor does he have instructions or a job description just a go-getter M.O. and a desire to seek knowledge and self-motivation with his willpower and for that, he will never be an easy target. Showcasing his versatility crossing over in rare form having unreleased mixtapes like “ G Class The Intro” which shows that once he creates its old to some but new to others. He carries over 100,000 songs in his head and over a million in lost files but it has stopped anything and will never because there's still so much left to put out and he has a lot to say if you just listen hard enough. The man behind the formula

Neno has created a lane that rules are meant to be broken simply because when someone says don't do this or that and I quote him “I'm just going to do it because you told me not too”. So I guess you're all wondering Why The Art Of Nose his response was simple, “ I look to work with genuine people and I'm really big on energy above all and that means more to me than who the person is. Honestly, I looked at your Instagram and I said ok she knows what she’s doing and I saw The Art Of noise as a platform that is trying to master their craft and what we come from different walks of life. And I think of the expansion so it was natural and I know my sister had to feel that energy otherwise we wouldn’t be here.”  The Art Of Noise Would Like to be the first to Introduce to you Neno Gaines Welcome to the family.